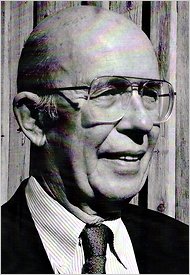 Richard T. Gill, in all statistical probability the only Harvard economist to sing 86 performances with the Metropolitan Opera.  At 16 he entered Harvard, where he sang in the glee club, interrupting his studies for Army service with the postwar occupation forces in Japan. He pursued graduated studies at Oxford and returned to Harvard as an Assistant Dean at age 21.  Before beginning his operatic career, Mr. Gill had published short fiction in The New Yorker and The Atlantic Monthly. In later years he was the host of “Economics USA,” a 28-part public television series first broadcast in 1984 and 1985.
Posted by Wes at 10:02 AM