Very informative article on the relationship between exercise and weight loss.

"Working out can have a significant effect on appetite. The mechanisms that control appetite and energy balance in the human body are elegantly calibrated. “The body aims for homeostasis,” Braun says. It likes to remain at whatever weight it’s used to. So even small changes in energy balance can produce rapid changes in certain hormones associated with appetite, particularly acylated ghrelin, which is known to increase the desire for food, as well as insulin and leptin, hormones that affect how the body burns fuel"
Posted by Wes at 8:02 PM 7 comments:

"Allowing speculators to bet on entities in which they have no stake is similar to letting your neighbor take out an insurance policy on your life."

- Roger Lowenstein in an excellent article on the casino that wall street has become.
Posted by Wes at 7:15 AM 6 comments:

As Harry Truman once said, "if you want to know the future, read history." Twitter tweets resemble the diary entries of the 1700s and 1800s.

Jan. 26, 1873: Cold disagreeable day. Felt very badly all day long and lay on the sofa all day. Nothing took place worth noting.

Kiva and High Interest Rates for the Poor

Several years ago, when I first heard about Kiva, I read their website thoroughly and was disappointed that there were no safeguards to control the interest rate at which the poor were charged. I wrote Kiva directly to ask about this and this was confirmed.

This is why I don't use Kiva. More in today's NY Times about the entire industry of microloans.

"Unwitting individuals, who can make donations of $20 or more through Web sites like Kiva or Microplace, may also end up participating in practices some consider exploitative. These Web sites admit that they cannot guarantee every interest rate they quote. Indeed, the real rate can prove to be markedly higher than advertised."

"At Kiva, which promises on its Web site that it “will not partner with an organization that charges exorbitant interest rates,” the interest rate and fees for LAPO was recently advertised as 57 percent, the average rate from 2007. After The Times called to inquire, Kiva changed it to 83 percent.

Premal Shah, Kiva’s president, said it was a question of outdated information rather than deception. “I would argue that the information is stale as opposed to misleading,” he said. “It could have been a tad better.”


"A tad better." Please. Kiva was off by 26% - that's a huge amount in interest rates. That's 46% more than the rate they were advertising. And given LAPO's practices, it's probably higher than the now quoted 83%.
Posted by Wes at 3:06 PM 5 comments: 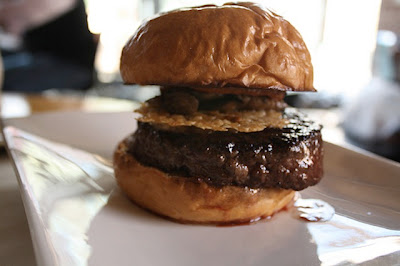 After The Counter went downhill last year (they cut back - different beef supply), I had no good place for a burger in LA. Now I've found Umami Burger - Thank God, it's delicious!

"In order for electronic books to live up to their billing, we have to fix a system that is broken: getting permission to use copyrighted material in new work. Either we change the way we deal with copyrights — or works of nonfiction in a multimedia world will become ever more dull and disappointing."

Can Wal-Mart be a part of the solution, a free-market competitor to the loan sharks that prey on the working poor with ridiculously high interest rates?

Wal-Mart already has “MoneyCenters” in 1,000 of its U.S. stores, and the company said yesterday it plans to to add 400 more by the end of the year. The centers offer services like check cashing and bill pay that are often considered part of the broader “fringe banking” system. [...] Lots of those people go to local check-cashing outfits that often charge high fees. So Wal-Mart, which charges $3 to $6 cash a check, can be a good alternative, said Alejandra Lopez-Fernandini, who works for a New America Foundation program that aims to help low- and middle-income people build wealth.
Posted by Wes at 3:18 PM 1 comment:

Don't believe everything you hear

"Don't catch yourself being biased by Fox News that somebody's no good," - Tom Coburn

Is Anyone Faithful Anymore? 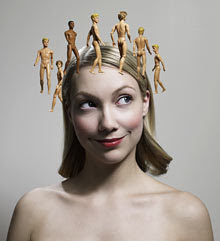 Is anyone monogamous any more? Truly monogamous? We may not be having serial affairs in the John Terry/Tiger Woods mode. We may not find ourselves transgressing as dramatically as Iris Robinson. Or as publicly – and ineptly – as Ashley Cole. But we are probably less monogamous than we used to be, aren't we? We're perhaps having extended flirtations; serious and not-so-serious dalliances; special, ostensibly platonic lunch dates with people we see more regularly than we'd like our partners to know. We are, at the very least, testing the borders of fidelity via the medium of text message, or Facebook connections, or Twitter exchanges; the Vernon Kays of the non-celebrity sphere. And some of us are having fully fledged, old-fashioned, impassioned affairs. 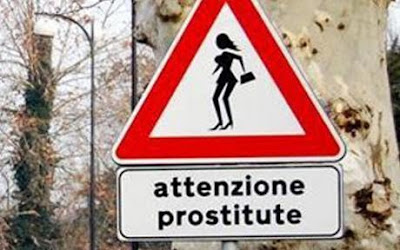