Are you an Asker or a Guesser?

A brilliant web posting by Andrea Donderi on human nature:

"We are raised, the theory runs, in one of two cultures. In Ask culture, people grow up believing they can ask for anything – a favour, a pay rise– fully realising the answer may be no. In Guess culture, by contrast, you avoid "putting a request into words unless you're pretty sure the answer will be yes… A key skill is putting out delicate feelers. If you do this with enough subtlety, you won't have to make the request directly; you'll get an offer. Even then, the offer may be genuine or pro forma; it takes yet more skill and delicacy to discern whether you should accept."

Neither is "wrong", but when an Asker meets a Guesser, unpleasantness results. An Asker won't think it's rude to request two weeks in your spare room, but a Guess culture person will hear it as presumptuous and resent the agony involved in saying no. Your boss, asking for a project to be finished early, may be an overdemanding boor – or just an Asker, who's assuming you might decline. If you're a Guesser, you'll hear it as an expectation. This is a spectrum, not a dichotomy, and it explains cross-cultural awkwardnesses, too: Brits and Americans get discombobulated doing business in Japan, because it's a Guess culture, yet experience Russians as rude, because they're diehard Askers."
- Oliver Burkeman, The Guardian

So if you are a Guesser, what's the best way to say "No?" 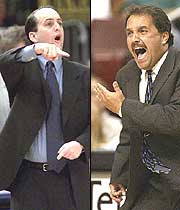 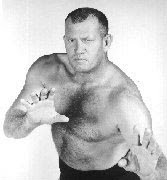 Is it just me, or do basketball's Van Gundy brothers (Jeff and Stan) remind you of professional wrestling's Von Erich brothers?

Da Bears, but only if Ditka is playing? 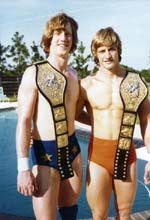 Get your Groupon: Collective Buying Power

I was skeptical, but I must admit, Groupon's are pretty sweet. They have some great deals. If you use the link above, I get extra credit. Thanks.
Posted by Wes at 6:54 PM 5 comments: