The Three Stages of Capitalism 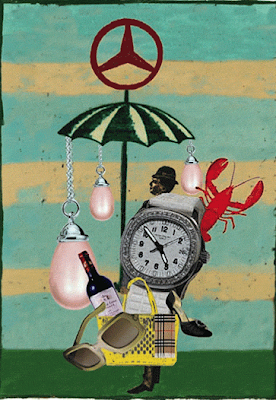 Suppose for a moment that there are three clear stages of capitalism, defined minimally as the dominance of markets by money. The first, classical capitalism, defines the second half of the nineteenth century and the beginning of the twentieth, more or less the moment that Veblen analyzed. The engine at this stage of development is the straightforward production of goods and services. In order to clear the markets of these goods and services, the system works to cultivate desire. Accumulated capital—in its most basic form, primitive hoarding—is spent on conspicuous demonstrations of waste in the form of leisure. From the individual point of view, the central goal is a self defined by the demonstration of good taste. Exemplary fiction of the age: Edith Wharton’s The Custom of the Country.

The second stage, late capitalism, is what caught the Frankfurt School’s gimlet eye in the middle of the last century. Now the engine of the system is the production not of goods and services but of consumption itself. That is, rather than merely cultivating longstanding desires in new aspirants, the mechanisms of economic growth must manufacture ever-novel desires using the feedback loops of the emergent advertising industry. Capital is reproduced, not merely accumulated: the shadowy shills of the culture industry want us to spend our way to wealth and happiness. Down on the ground, the individual experiences fractured selves, or multiple consumption identities, even while yearning for wholeness. Exemplary fiction: F. Scott Fitzgerald’s Tender Is the Night.

The third stage, postmodern capitalism (for lack of a better label), is with us still. We witness both the cultivation and the manufacture of desire—and the wild proliferation of it. The market engine is still producing consumption, but now it is consumption of the self in the form of the consumer. We’re no longer interested in stuff, or even in the satisfaction that stuff promises; now we chase a certain idea of ourselves, as cool or fashionable or self-actualized. Thus the arrival of what we ought to call erotic capital, the most spectral form. I, with all my carefully constructed preferences for Pink shirts or Lululemon sweats, become the most desirable consumer product in the economy of taste. To paraphrase Slavoj Zižek, the superego is no longer a form of restraining conscience—Don’t do that!—but instead expresses the imperative of smarmy waiters everywhere: Enjoy! Consumption is both intimate and relentless: brand-conscious consumers cannibalize themselves, feeding on their jumble of layered identities. Exemplary fiction: David Foster Wallace’s Infinite Jest.

From Ways of Not Seeing: On the Limits of Design Fetishism by Mark Kingwell in Harpers, November 2009

Medicare has an excellent website providing comparison of best practices of hospitals. The U.S. desperately needs transparency in health care data. As Alex Tabarrok at MR states, "all hospitals should be required to provide standardized information for all patients on patient characteristics, treatments and outcomes. Only by making outcome information public will hospitals have the incentive and researchers have the ability to develop more accurate report cards."
Posted by Wes at 10:14 AM 2 comments:

Lobbyists: What a disappointment in Congress and Obama

The public is not wrong. The administration’s legislative deals with the pharmaceutical companies were made in back rooms. Business Week reported in early August that the UnitedHealth Group and its fellow insurance giants had already quietly rounded up moderate Democrats in the House to block any public health care option that would compete with them for business. UnitedHealth’s hired Beltway gunslingers include both Elmendorf Strategies and Daschle, a public supporter of the public option who nonetheless does some of his “wink, wink” counseling for UnitedHealth. The company’s in-house lobbyist is a former chief of staff to Steny Hoyer, the House majority leader. Gephardt consults there too. 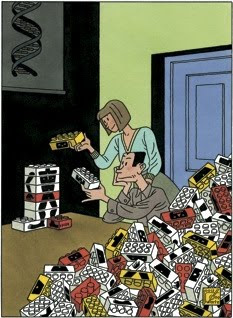 Fabulous New Yorker article by Michael Specter. If the science truly succeeds, it will make it possible to supplant the world created by Darwinian evolution with one created by us. Bill Joy, a founder of Sun Microsystems, calls for us to "limit development of the technologies that are too dangerous." Yet, as Specter writes, "the opposite approach might give us better results: accelerate the development of technology and open it to more people and educate them to its purpose. Otherwise, if Rob Carlson's methamphetamine analogy proves accurate [in which strict control caused by laws and DEA enforcement, has led to more professional, centralized production and rising use of the drug], power would flow directly into the hands of the people least likely to use it.
Posted by Wes at 12:41 PM 3 comments:

Karthik Muralidharan and Venkatesh Sundararaman provide evidence on the power of teacher incentives to increase learning.

We find that the teacher performance pay program was highly effective in improving student learning. At the end of two years of the program, students in incentive schools performed significantly better than those in comparison schools by 0.28 and 0.16 standard deviations (SD) in math and language tests respectively....

We find no evidence of any adverse consequences as a result of the incentive programs. Incentive schools do significantly better on both mechanical components of the test (designed to reflect rote learning) and conceptual components of the test (designed to capture deeper understanding of the material),suggesting that the gains in test scores represent an actual increase in learning outcomes. Students in incentive schools do significantly better not only in math and language (for which there were incentives), but also in science and social studies (for which there were no incentives), suggesting positive spillover effects....

We find that performance-based bonus payments to teachers were a significantly more cost effective way of increasing student test scores compared to spending a similar amount of money unconditionally on additional schooling inputs."